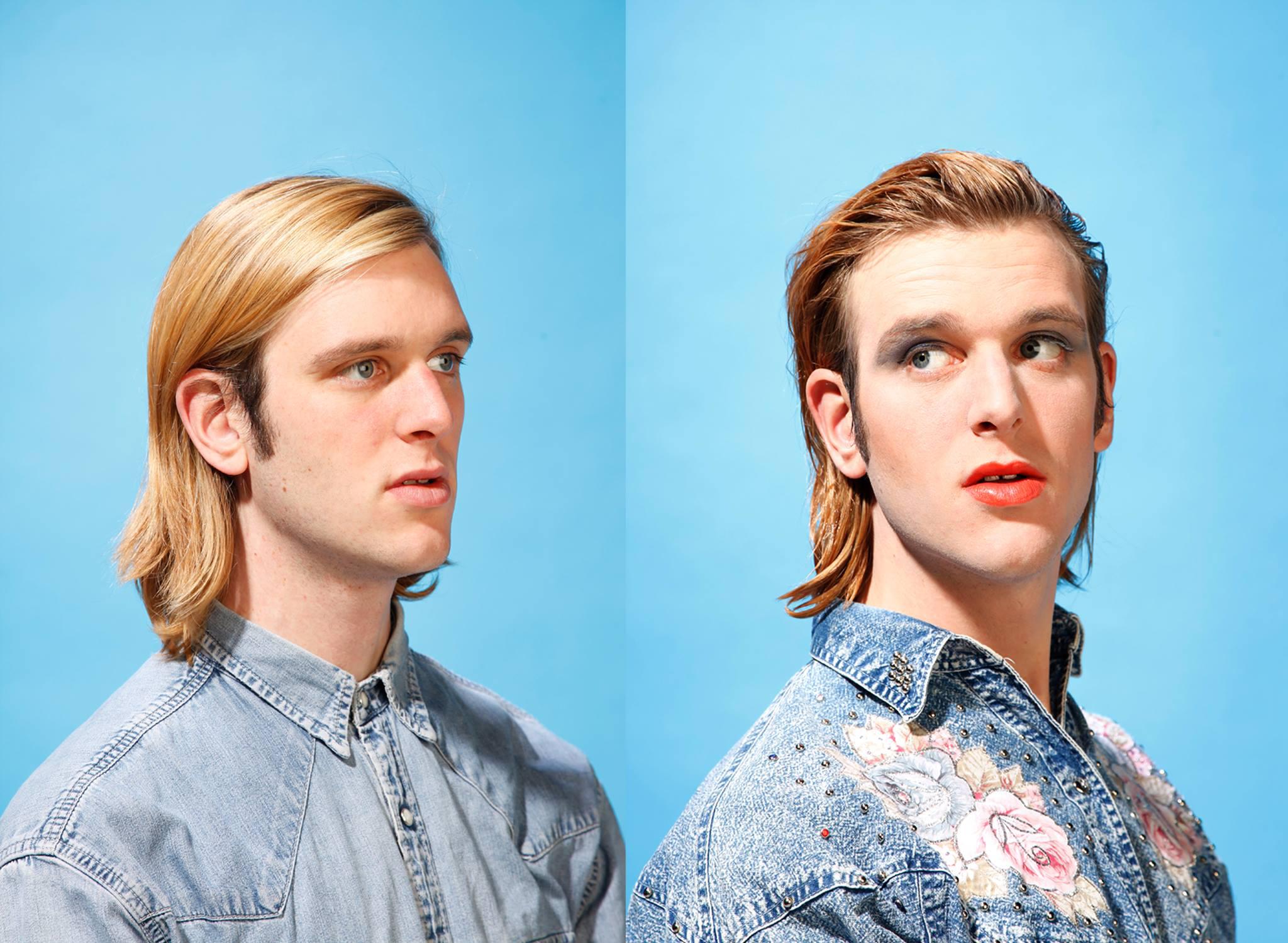 “When there are no more feelings left between us,” a soft voice repeats over and over as if it was a mantra that should protect the listener and the speaker alike from confusion, disconnection and pain this world has brought upon them. All too familiar cocktail of self-doubts, expectations too high to ever be met, unfulfilled desires, unavoidable flirts and inevitable miscommunications of the digital age wrapped in dreamy synthetiser melodies, such is the world of Stuttgart based Levin Stadler. Under the moniker Levin Goes Lightly, Stadler skilfully translates the anxieties of late 2010s into the charms of eighties’ new wave.

His presence is pale, lipsticked and stunningly androgynous. Aesthetics is undisputably fundamental to the project, which is not surprising given the genres Levin operates in (and the fact that he studied fashion design). His stage persona might be an obvious nod to Ziggy Stardust, but remains distinctively Levin’s – he has a fashion sense of his own and knows how to reference without copy-pasting. His aesthetic approach echoes the way he works musically, merging nostalgia with contemporary trends into a refreshing patchwork of references and inventions. Intro magazine notes in their review of GA PS that “Stadler gains individuality through positioning himself somewhere between experimental-electronic Bowie and depression driven Curtis, as if he could fill the gap between the two personas. Which obviously he cannot, but he does come quite close on O’Neill or Dizzy Height II.”

GA PS is Levin’s second full length album, following his 2015 debut Neo Romantic and 2013 EP Dizzy Height. Dizzy Height offers hazy, dreamy ballads one would like to play in the background when pondering the paradoxes of life over a bottle of red wine. Each song seems to have a vague resemblance to some other in music history, maybe most obviously Feeling to Lou Reed’s Perfect Day, but always in a way that is both acceptable and enjoyable.

The debut full length Neo Romantic features distinctively more upbeat songs which would make a great soundtrack to a dance party for goth kids (which I’m sure it has). To throw in yet another iconic name, Stadler seems to be channeling his inner Robert Smith there. Cheerful tunes with dismal lyrics such as Spider’s Web follow the same pattern as many Cure songs: “Are you ready to die? Bye bye, bye, bye,” Stadler sings in a playful tone.

If Dizzy Height was for reclusive lovers and Neo Romantic for a glittery night out, Levin’s latest albums GA PS is a solitary affair. Neatly delivered beats underscore a voice that reflects on the growing detachment we feel in an increasingly interconnected world. A world where your friends are a click away but where precisely that sometimes feels like too much effort to make. Nostalgic feels blend with desire to keep up with one’s own life in the post-everything paranoia.

On Bandcamp, Levin Goes Lightly is tagged as “sexy music”, which turns out to be a very accurate description. Sexiness is certainly one of the recurring elements, seeping through Levin’s complete discography. Cover of the song Nightclubbing from Iggy Pop’s David Bowie produced album Idiot is a final confirmation. The song, which appears on the Keine Bewegung 2 compilation (Staatsakt and Euphorie records), been played by Iggy himself on his BBC radio show and the photographer and most notorious Berghain bouncer Sven Marquardt praises it along with the music video on his list of things that have inspired or moved him.