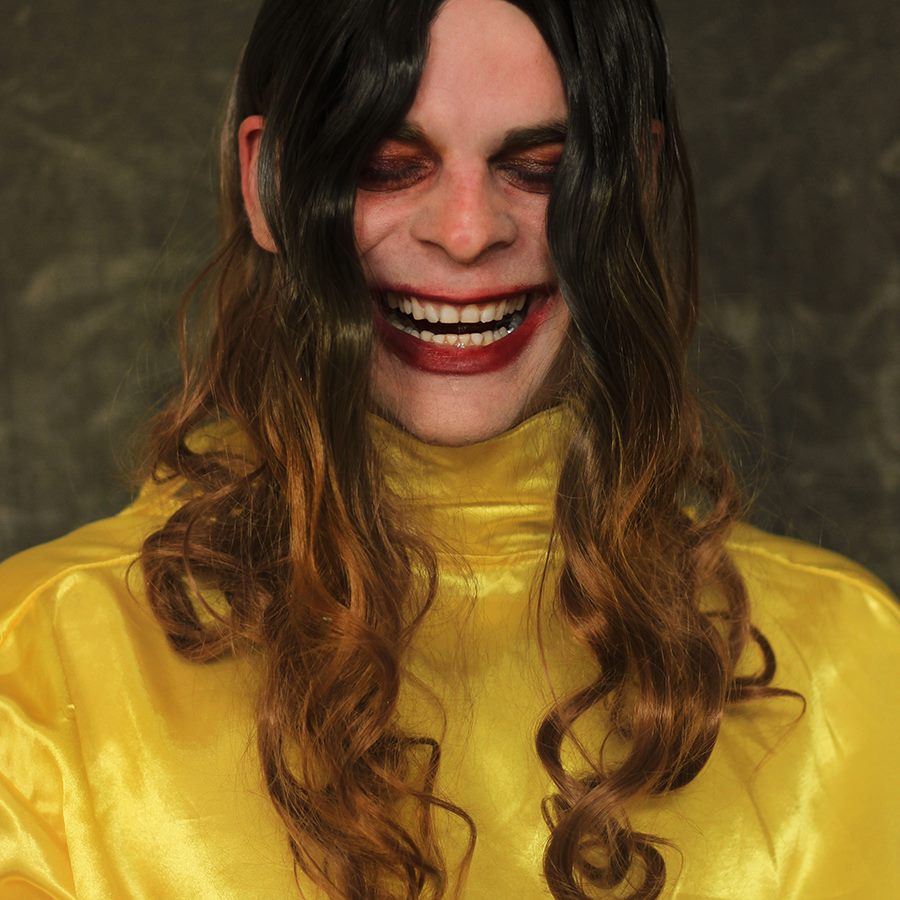 To See What Others Cannot See

INTRODUCING: FOR YOU KATRINA (Berlin, from Slovakia)

Imagine a soul beautiful and deep, a fragile creature that hides in the dark. Only those who’s souls are open and senses alert will find their way to her, and when they do she starts glowing with a subtle but powerful light. Wrapped up in unique garments and the haze of theatre fog, she opens her lips – they are bright red – and sings in a voice irresistibly haunting. A delicate human being, soaked in her pains and her dreams, and powerful at the same time. She puts a spell on anyone lucky enough witness her sing, one it is a pleasure to be under. It is mostly love she sings of: the eternal struggle of accepting one’s self and allowing oneself to be loved by others, instead of turning away when someone shows their affection.

Attempting to describe the audiovisual project For You Katrina, one seems inclined to use somewhat poetic expressions – such is the power of the spell. Or it has to do with the fact that the projects extends beyond the realms of music, into the visual and even further in the far unknown. For You Katrina reaches the noble yet slippery realm of poetry and beyond.

The project radiates an aura of mystery. She is a he, in other areas of life. And he is in fact an acclaimed photographer, Ján Ďurina. He often portrays fellow musicians and artists of the band Fiordmoss as well as other musicians and his various selves. Like Virginia Woolf’s Orlando, Ďurina seems to be at ease at both ends of the gender spectrum (and anywhere in between). 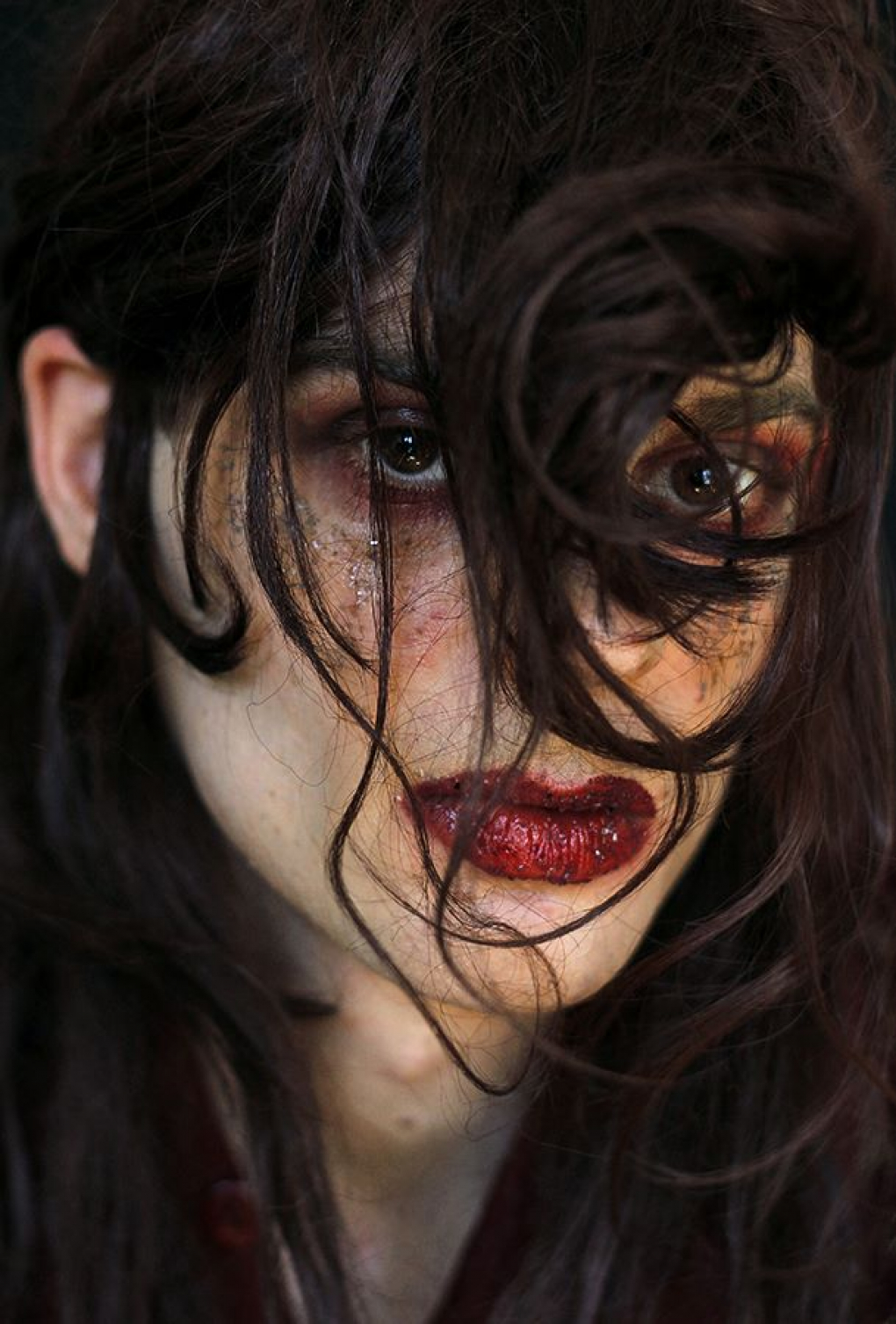 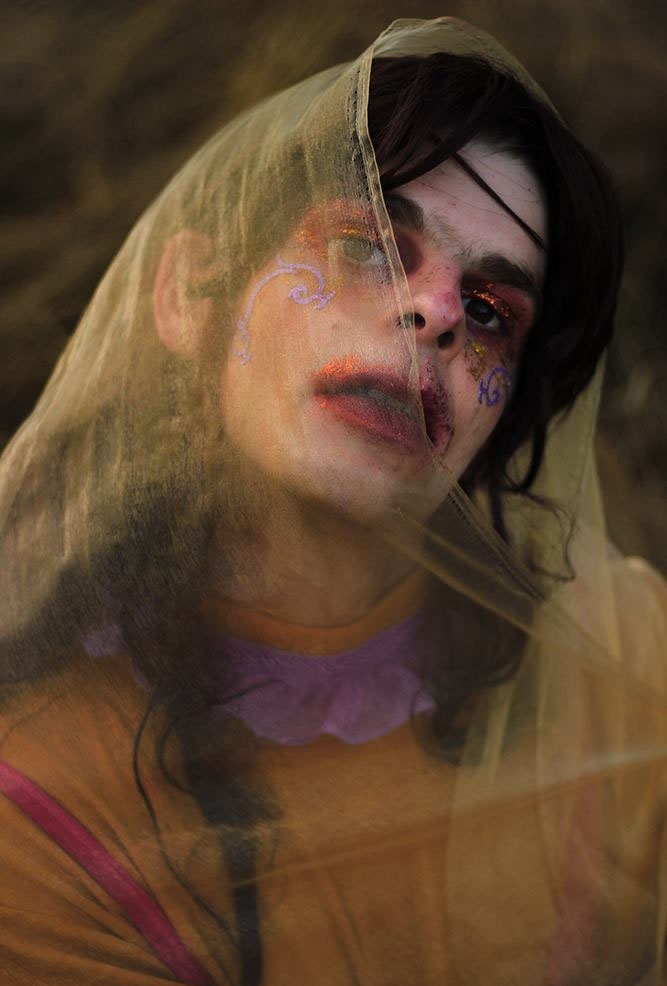 Meta Hallar is the name of his stage persona who performs with For You Katrina. The project’s eponymous debut came out in 2014, when Ján (Meta) was living in his (her) native Slovakia and according to an 2016 interview “on the verge of going insane”. Haunting beats reverberate in an unspecified industrial landscape, bewitching whispers come out of the dark. The atmosphere they create seems vaguely reminiscent of early IAMX tracks. As if they were operating on opposite poles of the same field, Chris Corner has always been exploring the deeper, animal impulses in us, while For You Katrina unleashes spiritual powers. At one point of any night, these opposites collapse into one.

All right, time to cut the poetism. Looking back, the debut reads as a prequel to Berlin. It was Berlin that gave Meta (Ján) the freedom to embrace her true self, come out of the dark and share her (his) hypnotic voice. On the EP Moon Allee (2016), the industrial landscape doesn’t seem that dismal, it has been filled with human souls. The record opens with a poem titled Píseň o lásce (Song of Love) by the Czech poet and Nobel prize laureate Jaroslav Seifert. Blinded by love, the protagonist hears “what others can’t hear” and sees “what others can’t see”. Who shall prevent him from hoping, he asks and finds the answer: “Not even the fear of disappointment”. The subtle highlight is in my view Genitale, inspired by a story of a close friend who is transgender. It is a bitter, bewildered cry of someone who opened themselves up and got hurt: “How easy was to outwit me / Use all of it / Then just leave debris / I shared too rashly / Shared my Genitale”.

On the most recent release, last year’s High Notes, For You Katrina takes another step further towards the light. The first notes of the opening Aura Adena set a much higher tone compared to both previous records. On Birds, For You Katrina shows a brighter, poppier side. The facade is falling and Meta fades into the background – she has served her purpose well. Ján has clearly grown comfortable in the shoes of a music performer and his joy audible, particularly on Wonderland. High Notes becomes a celebration of crawling out of the shell. But somewhere still, the darkness prevails. It might be beaten, shrunk, driven to the corner, but it does not disappear completely. On the final Deer Bark, the darker side creeps back from its hiding place – as beautiful as ever.

And for which Katrina does Ján sing? For the English singer, songwriter, visual artist, and poet Katie Jane Garside.