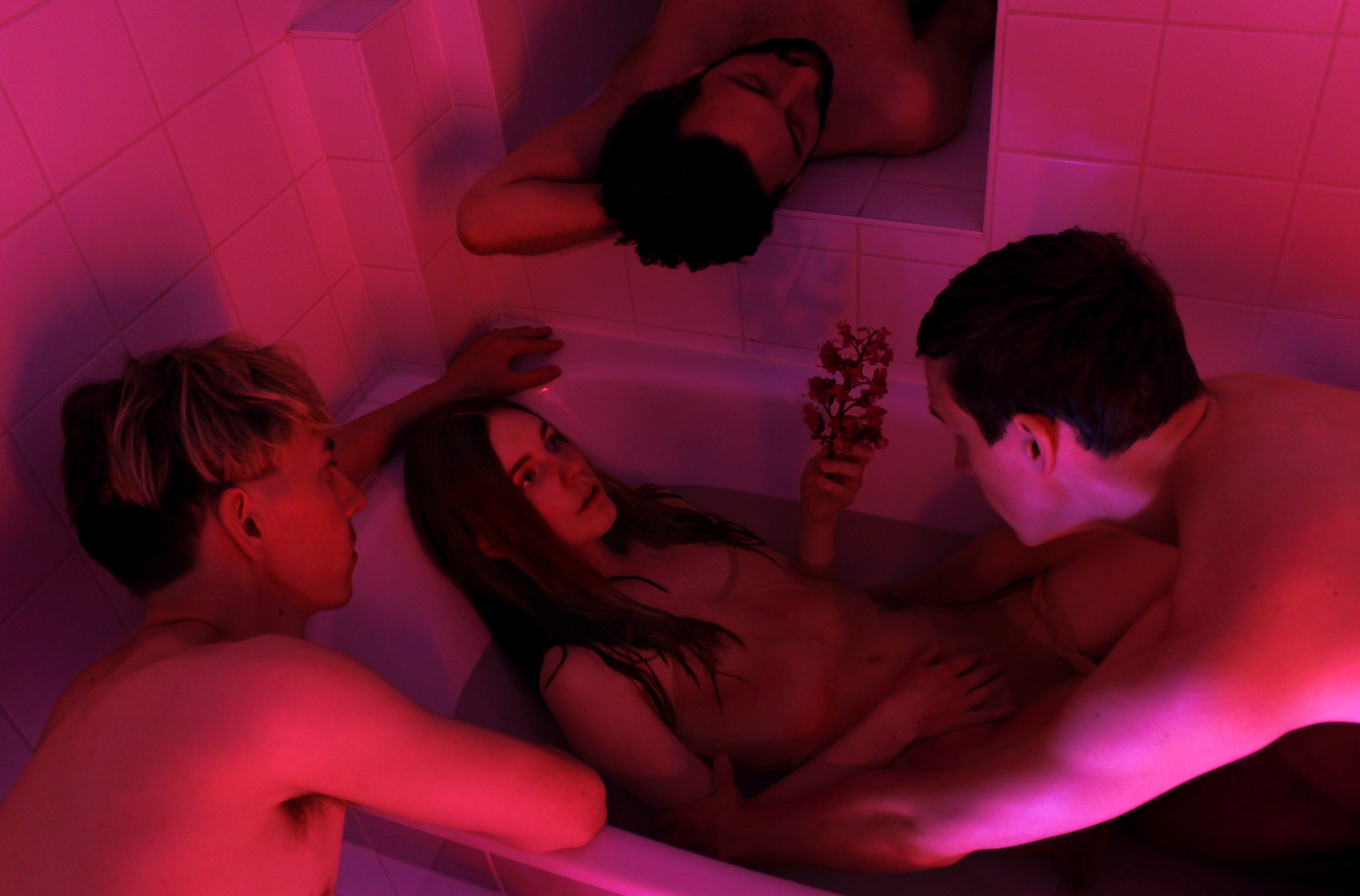 Let Her in to Greet Her King

When fire stroke in their shared apartment burning down Roman’s record collection and Petra’s guitar, the fellow art students did the most reasonable thing they could in that situation – they formed a band. Ten years have passed, during which Fiordmoss expanded twice, released two acclaimed EPs, moved countries and eventually brought out their long-awaited debut. Many things have changed, but two essential aspects remain: A pensive sadness, for which they have been labelled as “Nordic” sounding long before a Norwegian joined the band, and entrancing visuals stemming from their art school background.

The nordic connection is somewhat accidental. The name Fiordmoss relates to nature in a broader sense, it should convey the desire to maintain a connection with the fiords, the moss and other parts of the natural environment. The band members say didn’t put any conscious effort into sounding Scandinavian and they presumably didn’t insist on their drummer being Norwegian either. As Petra notes in an interview, someone labelled them as “Nordic” at some point and others have been repeating it ever since – so that they sometimes get introduced as Scandinavian.

Petra Hermanová and Roman Přikryl met studying video art and intermedia in Brno. Both were already involved in music making at the time: Roman was producing electronic music and Petra was part of an acoustic duo Siren (with the singer Markéta Irglová). It was in 2008 when fire damaged their student flat and sparkled a creative impulse to make music together. Two years later Fiordmoss stormed the Czech music scene with their first EP titled Gliese. Guitarist Jan Boroš joined the band on tour promoting the EP and ended up becoming a full member. The trio released a second EP Ink Bitten in 2012 and relocated to Berlin that same year. Having moved countries, the band evolved further: Jon-Eirik Boska on drums completed the band’s current lineup. Petra met him a year prior when attending the Redbull Academy Music in Madrid.

Fiordmoss inhabit a universe of their own. Not just because their sound and aesthetics radiate a distinctive charm, but they keep their own pace, too. The duo-turned-trio-turned-quartet take it slowly, they were never in a rush to capitalise on the potential this project clearly had from the get-go. The band took nearly a decade to deliver their first full-length album, Kingdom Come was released in October 2017. Several years too late, some reviewers cried – but didn’t have much else to reproach. A carefully woven web of subtle layers an exquisite texture which allows Petra’s vocals to stand out, delicate and powerful at the same time. In line with the quality-over-quantity Fiordmoss have always been known for, Kingdom Come offers no more than nine songs. While all of them resonate strongly, each for reasons of their own, the singles Motherland and are unsurprisingly the most compelling. The percussion on sounds both threatening and triumphant as if it were a part of some ancient ritual. But there are more gems hiding in the subtle soundscape of the album, such as Saccades or Gaslight.

The band’s music videos extend the hypnotic experience into the visual realm. Madstone takes the viewer into the outskirts of Berlin, where lovers fail to find another in the darkness of industrial wasteland. In contrast to the cold hues of , the video for Motherland (directed by Teri Varhol) glows yellow heat. One observes the band members moving slowly in a sort of hot steam chamber, like cocoons covered in wax-like substance. In the realm of the visual, Fiordmoss nourish a long-lasting partnership with photographer Ján Ďurina. Like a visual diary, his mesmerising shots capture whatever the band is going through at the given moment.

Fiordomoss run their own label Fathermother which is an art collective in a broader sense. Last year, they organised an exhibition in Kaple Gallery in Valašské Meziříčí, Czech Republic. 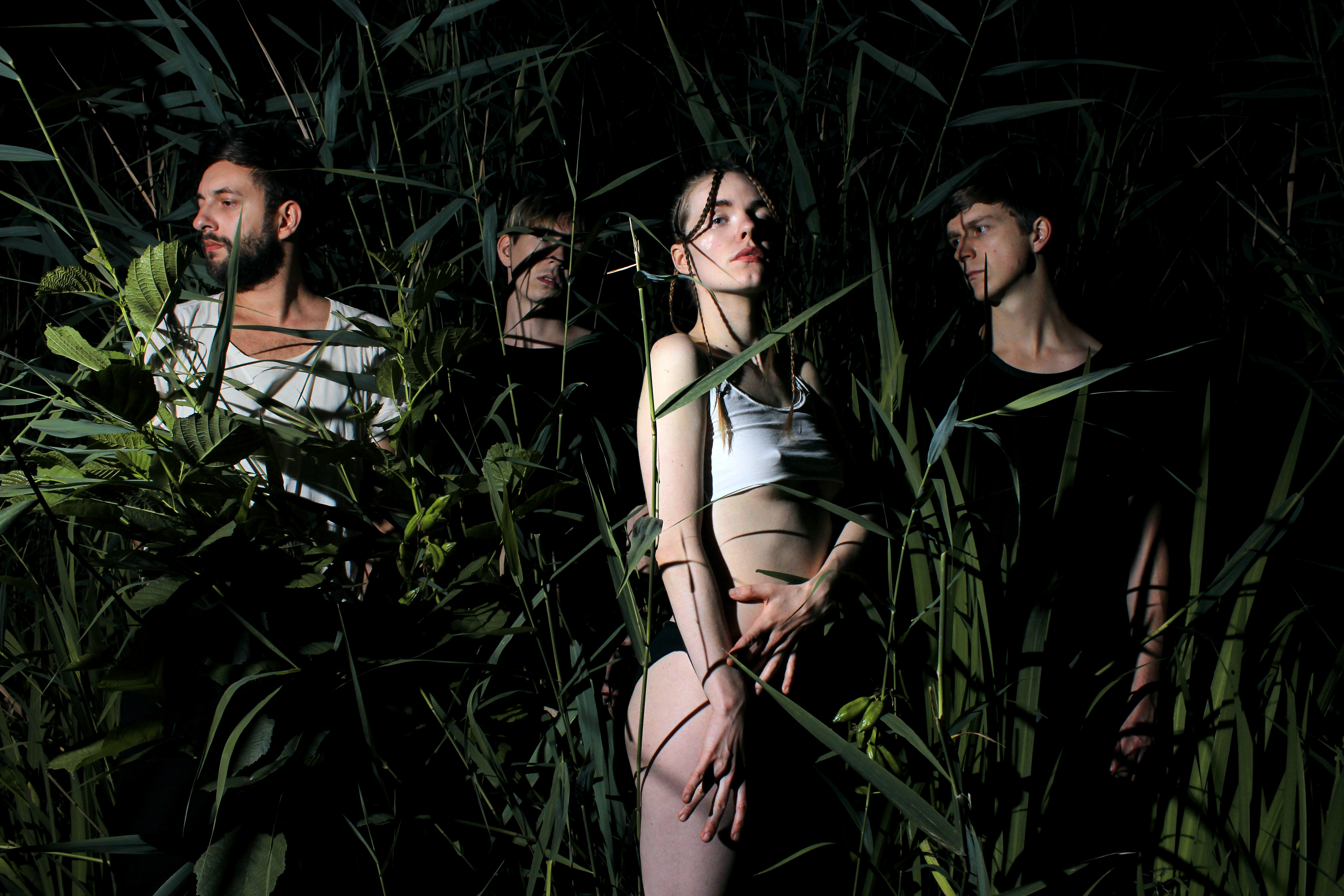