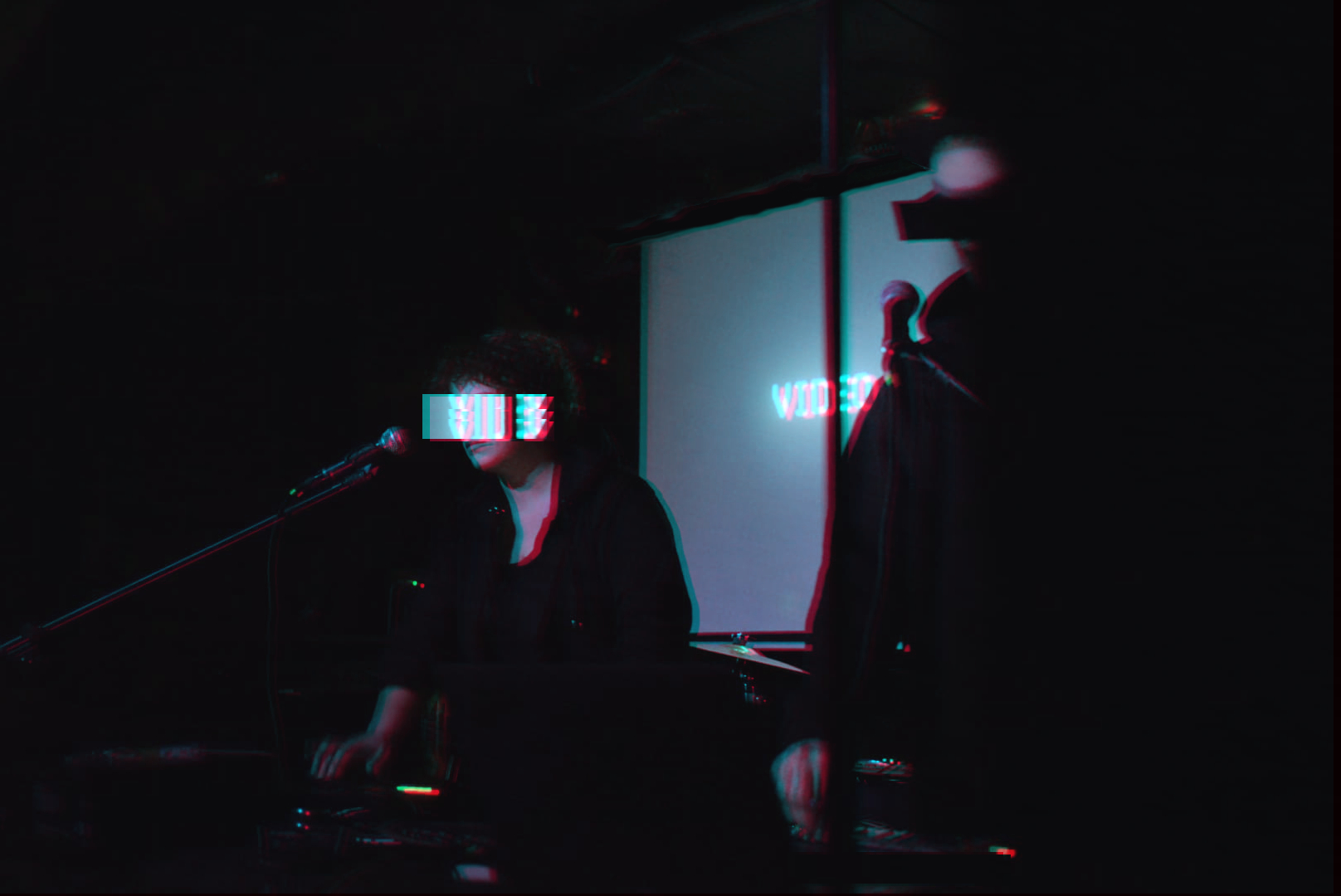 xDZVØNx: IT IS A KIND OF VOMITING GLITTER

The music of xDZVØNx is often loud and distorted like a buzz of a malfunctioning electronic device and movingly atmospheric in the quieter moments. It’s the act of smashing this over-polished filter glass that we spend most of our lives looking through.  Destruction is a creative force, and not only in the smash itself. Afterwards they pick up the shards and piece them back together into something new. Inspired by the corruptive power of glitch art and the severe shapes of brutalist architecture, the Wrocław-based duo finds a dark kind of poetics in unexpected places. I exchanged emails with Bora and Snufkin, who are now working on new material instead of playing shows to promote their recently released album Everything We Dreamt About.

The two of them first met in another band where Snufkin played bass and Bora was the drummer. “The music was kind of post HC/emo-core, but it was really awful. Fortunately, there is no possibility to listen to it anywhere anymore,” comments Snufkin on the musical output. After the band broke up, they started experimenting with “other kinds of music, first of all with Slavic folk sounds”, before arriving at the kind of sound they cultivate today as xDZVØNx. The band name derives from the Polish word “dzwon” which means “bell”. Bora explains it just had to be something that makes a loud sound. Snufkin notes it should be pronounced approximately as “zvon”, which is at the same time the word for “bell” in the Czech and Slovak languages. “The ‘x’ at the beginning and end are a little follow-up to the glitch art aesthetics, we understand it as noises and distortions during the phone call.”

There’s a lot of distortion in their music, often in contrast to a colourful “bubblegum” aesthetics, such as on the cover of their new album or in the clip to Kolkhoz. What draws them to this contrast? According to Bora, everything has a second side, a distorted side, and so does their music. Snufkin adds: “We try to express ourselves through all our art. It’s not only music but also our graphics, videos and other things as for example the form of our website www.xdzvonx.com.” It’s the reaction to the abundance of impulses surrounding us every day, all the emojis and make-ups and pictures that have been edited and beautified. “All in simple, easy to understand form. Everything is smooth, beautiful and perfect, but of course, it’s only an aesthetic, nothing more.” For them, the way of dealing with this sugar-coated style is to deconstruct it, to take elements of it and use them to create art. “It is just kind of vomiting glitter.”

Next to glitch art, they name brutalist architecture as a source of inspiration. “If brutalism would sound somehow, it would be sound similar to old, a little primitive synthesizers. Without unnecessary additions, severe and cold. Even the shape of their sound waves looks very similar.” As a fellow brutalist fan, I couldn’t help but ask which of these structures are their personal favourites. “There are a lot of buildings in this style which are totally fascinating. Bank of Georgia Headquarters in Georgia are very beautiful. The same with our Wroclawian Sedesowce buildings, also known as ‘Polish Manhattan’, which we often use in our art (for example, part of the video to Kolkhoz was recorded there). But personally,” says Snufkin, “I think the most wonderful are South Slavic brutalist building as Buzludzha castle in Bulgaria or post-Yugoslavian, surrealistic sculptures (Kosmaj, Podgarić, the memorial of battle in Sutjeska, Tjentiste and much more). Very impressive (and simultaneously very sad) are Olympic objects in Sarajevo in Bosnia and Herzegovina which was futuristic and modern in 1984, and nowadays they are totally neglected and devastated after the Yugoslavian war in the 90s.”

The song Blok P from their first record  TAPE_01 is directly inspired by architecture: “It’s about the biggest building in Greenland, BLOK P in Nuuk City. In the 1950s and 1960s, Denmark’s government made an experiment in Greenland, all the country had to be urbanised. People from little villages were re-settled to the flats in large residential buildings and employed in the fishing industry. Unfortunately, people did not adapt to live in the mode of shift working. Actually, reforms brought large social problems such as isolation, alcoholism, narcomania and later – unemployment. In effect, it inducted other problems like domestic abuse and – still later – a wave of suicides, which is a national problem until today. Greenland is nowadays a country with the highest rate of suicides, it is supposedly more than twice as high as in Lithuania, which is in second place. There is some very dark poetics in this dissonance between wanted goal and reached state.”

Just as anyone, they had a string of shows planned for the next months. “We regret some great concerts which were cancelled because of the pandemic such as pop-Kultur, Fluff fest, we also planned a tour for April/June,” recounts Bora. But they keep themselves busy even during the lockdown. “At the moment we are working on new songs and some interesting collabs, suddenly we received also a lot of online shows proposals. We played, for example, one of the first concerts after closing all clubs in Wroclaw, it was ‘live’ recorded in DK Luksus three or two days after first restrictions [took effect] in Poland.” If they had the power to shape the post-corona world to your liking, what would be one change they’d make? “We would become pop-stars.”