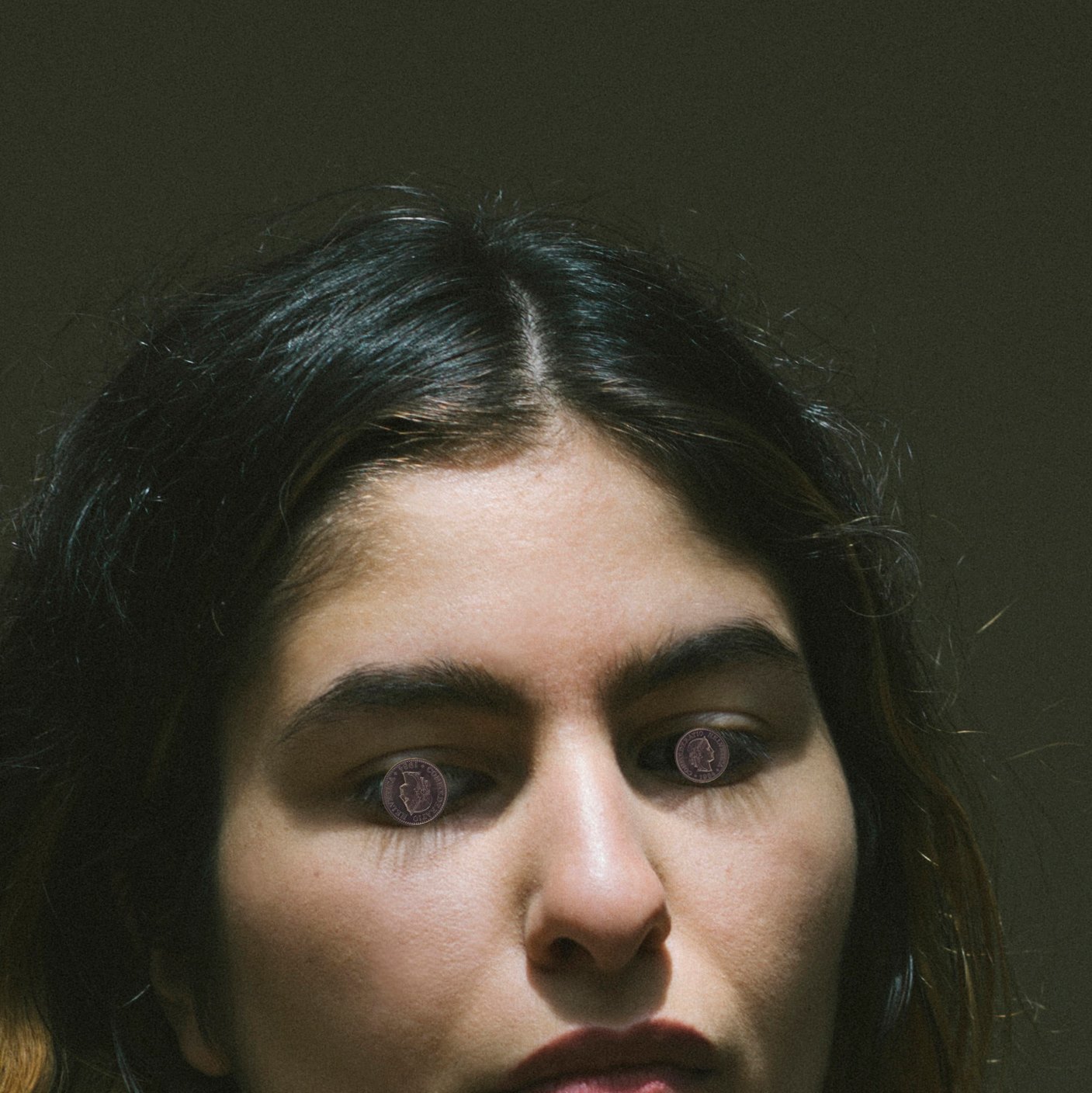 SLIMGIRL FAT: I WANT TO PUT MUSIC IN THE WORLD THAT MOVES SOULS

With a charm and an aura of mystery reminiscent of old master’s paintings, a woman in black dress executes slow, thoughtful dance moves in an unspecified urban setting. Gentle beat underscores her voice which is drenched in emotion and very much on point at the same time. It’s the kind of pop that seeks to get through the mask we put on in daily lives and touch our hearts – knowing well it will not work for everyone, but all the more for the ones where it does.

Slimgirl fat has ambitious visions and works hard to make them real. She already has a thing going as one-third of the rap outfit Gaddafi Gals – a bright and global sounding emergence on the German rap scene, they released a damn sexy four-track EP the death of a papi last year which left me hungry for more. (Berlin folks can catch them in Kantine on December 17th.) They are But Gaddafi Gals are just one line of her diverse musical output, she has meanwhile embarked on a solo career in a somewhat different genre.

“I can’t stop working. I want to put music in the world that I think is beautiful and moves souls,” she says ahead of the release of her first solo EP and promises a full-length album with the same breath. The upcoming EP will be “perfect for the winter” and “maybe the darkest pop [she] ever did”. Titled ugly, her first solo record will be released alongside the EP Teufelsberg by FOOOL on December 6th. Save the date for the double release party which will be held in Monarch.

What inspires your solo work? The two singles you’ve released so far are much softer, more delicate compared to the tracks you guys make as Gaddafi Gals.

I know exactly what you mean. Slimgirl fat is actually a different genre. I would say it is more pop than R’n’B and hip-hop, which is the genre of Gaddafi Gals. Slimgirl fat is inspired by the whole range of artists I’ve been listening to in the past years, such as Cat Power, Warpaint, Abra, Feist, Björk, Bon Iver, James Blake, the list goes on. But in the end, I stay the same person and I am inspired by the same things even though I work with Gaddafi Gals. I kind of put the same state of music in both projects.

How does the creative process differ from your work with Gaddafi Gals?

Gaddafi Gals is blaqtea, walter p99 arke$tra and me. Slimgirl fat is me. In the beginning of the process, I do produce and create the concept on my own as far as I can. Since I only just started to produce music I wanted to finish the EP with someone who is experienced and good, so I picked walter p99 arke$tra. He is damn good and I trust his taste.

You come from Munich originally. How is the music scene there?

I like the music scene in Munich. But to be honest I don’t think it’s huge and super diverse, there is more to learn and discover [elsewhere]. That’s the reason why I left.

At the moment you live in Berlin and you also spend time in Vienna. How do these cities differ?

I never lived in Vienna, I just was there very often. But compared to Munich I got more ambitious, disciplined and realistic towards the whole music industry system. Which is kind of super unsexy.

Where is home for you?

That’s a hard question. I think home is where I feel community and comfort, so I feel quite at home in Berlin.

How difficult is it for an artist from Germany to get heard abroad in your opinion?

I think it depends which German city you come from. Berlin is a diffirent label as Munich for example. If you come from Munich you might have worse chances to get an attention. That’s the feeling I have, but feelings are not always true. In genereal it is hard without a network. With a network, I guess you can easily reach a lot and many. I am pretty happy with the circumstences I am in right now, I can do whatever I want. The sweetest thing would be if people were touched by my music and started crying.