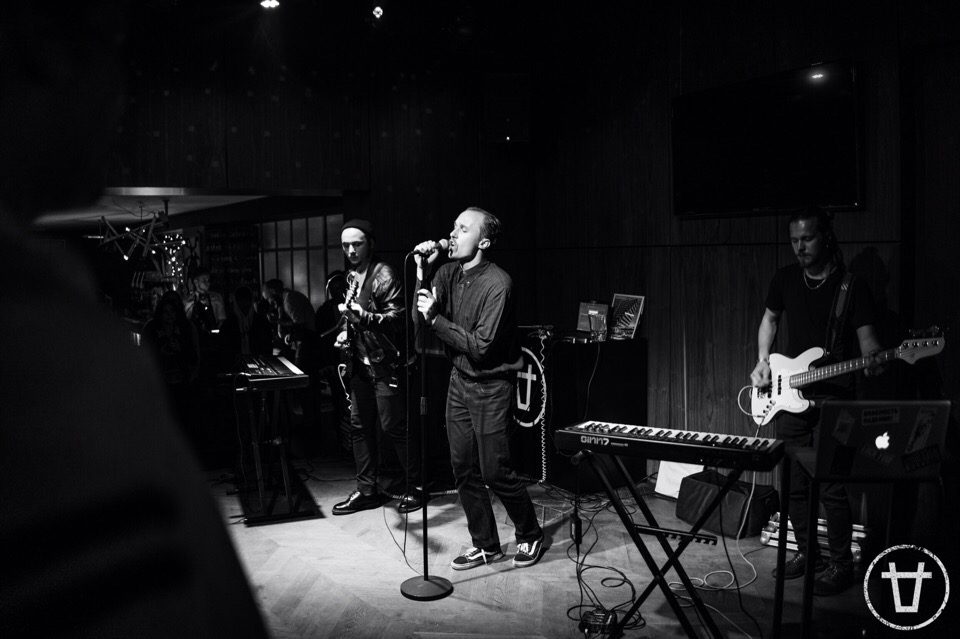 Молчат Дома (MOLCHAT DOMA): THE HOUSES STAND THERE SILENTLY
AND INSPIRE US TO BE CREATIVE

A band operating on the borderlines of post-punk, new-wave and darker ends of synth-pop, hailing from a country no one knows much about (which, in this case, can’t be attributed solely to the audiences’ ignorance but has to do with the fact that this particular country is being pretty secretive for European standards), playing music that is dark and danceable at the same time, that is a perfect emulation of the genre yet instantly recognisable as theirs, with lyrics sung in their native language on top of that – that sounds like a summary of everything a contemporary goth can wish for, and it also sounds an awful lot like the Belarusian band Molchat Doma (which translates as “houses are silent”).

Currently a trio with Yegor Schkutko on vocal duties, Roman Komogortsev on guitar, synths and drum machine and Pavel Kozlov on bass and synths, the band released their second album Этажи (Etazhi) on the Berlin label Detriti Records in September last year. They are touring Europe at the moment (the Berlin show is sold out though) and slowly working on their next album. I exchanged emails with Roman speaking about the bands history, life in Minsk and whether they reflect the political situation in their music to some extent.

There wasn’t much I was able to find about the band and its history so let’s start with the basics. How did you guys meet and start the band?
Yegor and I studied together in college, so that’s how we met. That was in 2010 but we didn’t start our vigorous activities as Molchat Doma until around 2016. Yegor was playing the bass guitar at that time and we had our friend Aleksey, who’s not in the band anymore. Back then we composed several songs that later appeared on our first album, but due to disagreements, Aleksey left the band. That got us thinking what to do next and the idea came to try Yegor as a vocalist. And it seems to us now that it was a good idea. Several bassists came and went and eventually, Pavel joined the band, that’s how we play to this day.
Can you describe the creative process? What inspires you?
We are inspired by everything that surrounds us – that can be music, a situation in our private life or a situation of societal unrest. The creative process takes place in different ways. It is usually Roman who writes the music, but sometimes we get together and jam. At least two of our songs came to life as a result of collective effort.
How did you come up with the band name?
The name came by an absolute accident, but still there is a subtext to it. Minsk is very densely populated with panel houses, which are very grey and gloomy. They look like concrete boxes in which it is simply impossible to live. Now imagine that their concentration per square kilometre is so big that the view from your window falls on another, exactly the same house. That is creepy. They just stand there silently and inspire us to be creative. At least it seems so to us. 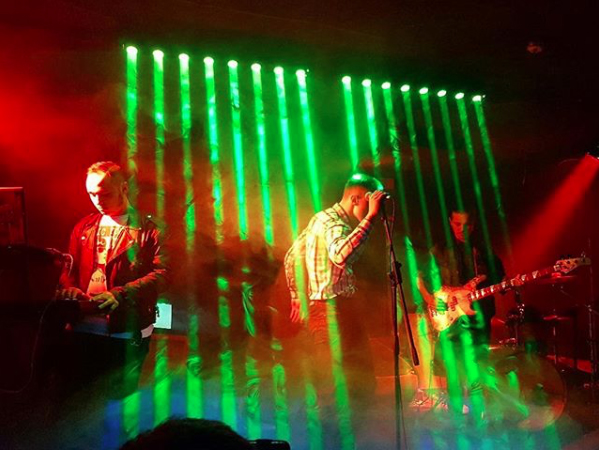 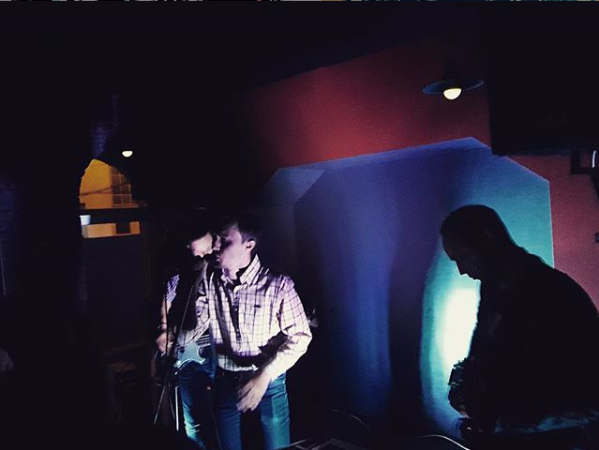 We don’t really want to get into politics, because in our country you can be punished for this. They can ban concerts and they can close people behind bars. But on the future material, I think, we will reflect a bit more this, because what’s happening in Belarus and in the neighbouring countries – Russia and Ukraine – is simply alarming. And we cannot stay silent. It’s not clear to us why people who think differently, people who have their own point of view, people who pour out their thoughts into something creative, why should they be punished for it. In our song from the first album машина работает (The Machine Works) we reflect on the essence of the Soviet power machine, which still functions today. And in the current state of affairs, it’s impossible to break it.

Can you describe Minsk? How is life there for young creative people? How is it there for culture and music? Is there much of a music scene for independent bands?

Minsk is a nice, small, cosy city. There is a lot of cool creative people living here, all sorts of creative people – artists, musicians, people who make raves and parties. There is one thing that is very specific for the Belarusian scene and that is due to the fact that many people simply don’t want to go to concerts of young and interesting groups – even though there is enough of them in Belarus. People are used to going to see groups that are already quite popular, which is very disappointing. Anyway, there is enough of all music genres from techno raves to low-fi garage rock concerts. The first Belarusian show case took place recently and more than 100 acts applied to take part – such a high figure is a very good indicator for Belarus.

You are on Detriti Records label, which is based in Berlin if I’m not mistaken. How did this connection come about?

Yes, the label is based in Berlin. We put our first album on Soundcloud at some point and the head of the label, Davide Lace, wrote to us that he wanted to release our album on tape, and we agreed. The album sold out instantly and he offered us further cooperation. That has been a very exciting moment for us!

What are your plans for the future?

We are slowly writing material for our third album. We have plans to visit the rest of Europe: Spain, Portugal, England. It would also be nice to visit North and South America. So promoters, if you are reading this, we are ready to cooperate! (laugh)

What other Belarusian bands should we listen to?