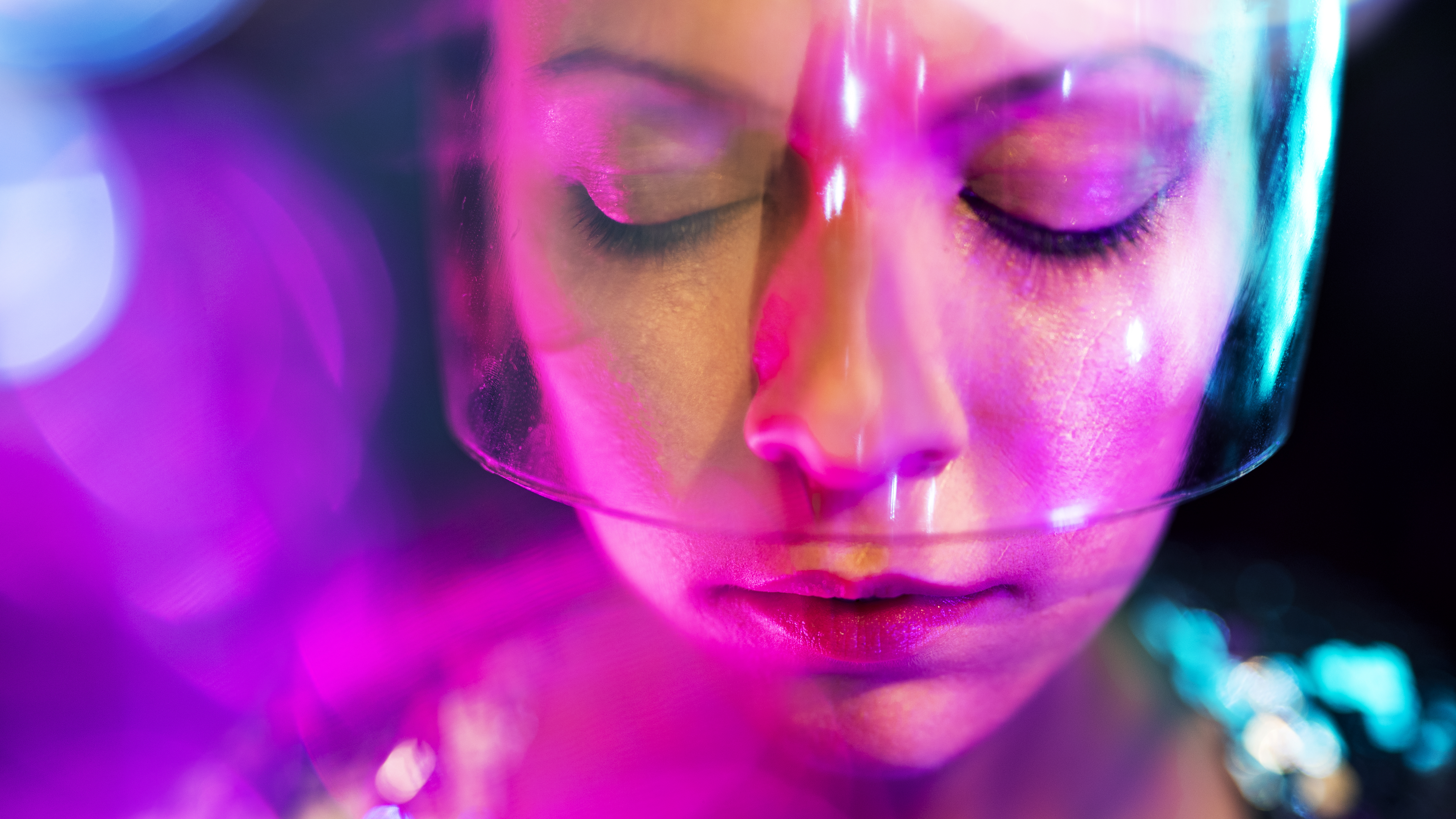 There are bands that for some reason don’t sound anything like what you imagined when you first saw the band name. And then there are bands such as the Slovak four-piece with a beautiful sounding (and easily searchable) name Gladia Moony which somehow reflects the sci-fi tinged and dreamlike essence of their sound perfectly. It’s a relatively new project which brings together four experienced musicians – Alex Lukáčová, Adam Dekan, Martin Madro and Martin Kosorín – who despite their various tastes and backgrounds clearly share a vision. In making of their first EP Black Sugar, which came out last year, they took the time to process a broad range of influences (musical or otherwise) and nurture a sound that is their own. Their lyrics deal with many dark clouds that linger above humanity, be it estrangement, loneliness or increased dependency on technology. Complimenting heavier content with a more playful sound, the band hopes to push the boundaries of pop music while remaining accessible to a relatively wide audiences.

I spoke to Alex and Adam, who had been making music together prior to Gladia Moony in a short-lived experimental project Núku. Our conversation revolved around their love of science fiction, the discrepancies and disconnections technology brings about and the sense for the visual which the band resonates so strongly.

In your music and lyrics, I sense a dose of optimism towards technology and new inventions but I hear a critical voice as well. What are your thoughts regarding the future, your hopes and fears? To quote one of your songs: What is that missing part you wish you had?

It’s not really a criticism of technology in our lyrics, it’s more about loneliness and lack of intimacy in the world where you can connect with anyone and anytime and you keep being informed and constantly updated about other people’s lives. I wouldn’t blame technology for this and I am not saying that everyone feels lonely, I just use this sci-fi setting to express myself because I am fascinated by the contrast it creates. Technology is supposed to make our lives better and it certainly does in many ways but there are still gaps that it can never fill. I think that music (and other forms of art as well) makes people feel connected and understood when it resonates with them. So here’s another contrast – writing songs about disconnection helps us feel less disconnected.

The name Gladia is taken from the books of Isaac Asimov. What draws you to sci-fi and robots?

I love the book Naked sun because it’s a great parallel for what I said in a previous question. Gladia is an interesting character. The human needs for intimacy and sexuality are very strong in her even when she lives on a planet where people are raised not to seek these needs. That resonated with me quite strongly. But we are fans of sci-fi in general, books and movies. It brings a lot of questions about what there could be in a near or far future and it also leaves a lot of space for imagination. The robots and artificial intelligence, it’s a current topic, it’s very actual and it’s going to occur in music and art more and more because that’s the artist’s role – to reflect on what’s happening around us or inside of us.

The cover of your EP is a strong visual statement, the title Black Sugar evokes a visual image. You cite films as having an influence on your music, even describe your music as containing “movie-like drama”. Where does this strong visual affiliation come from?

We are deeply influenced by film art, and Adam also studied cinematography. Watching movies is like travelling without movement, it’s not only about the story. Take Blade Runner for example, it’s deeply philosophical but even if you turn your brain off, it still is a wonderful trippy experience, because of all the beautiful camera, editing, visual effects, sound design and music. We would like our music to be a complex experience as well so we don’t concentrate only on music and lyrics as a coherent ensemble, but also visuals, performance and hopefully music videos soon.

You seem to be content with the label “pop”, you also said that some of your songs went through drastic changes, of the genre, even. What inspires you, musically?

Lately, we like to “box” ourselves into sci-fi-pop, neo-soul and alternative. However, our influences are as wide as can get. Techno, experimental, jazz, alternative, folklore, classical… We are four musicians raised in different backgrounds with personal roots in electronic music. 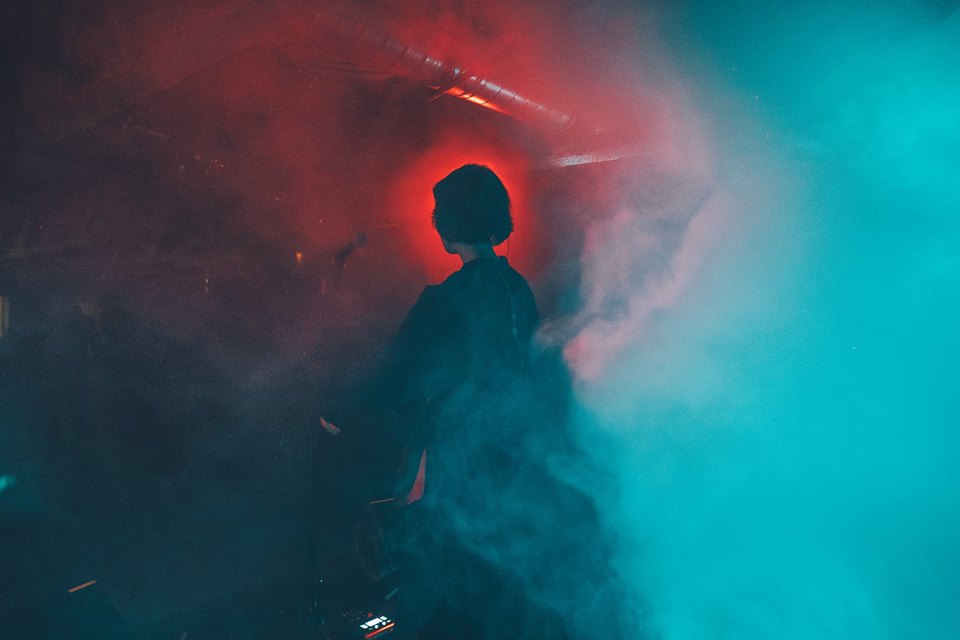 I see your music as rooted in the tradition which begun with Ecstasy of Saint Theresa and continued with the likes of Khoiba and Ohm Square. The obvious parallels are electronic sound and female vocal, but their music is also very visual. After all, they soundtracked many Czech films. Do you see this connection and if so, was that conscious?

We know these projects only as musicians and not as listeners. These parallels may be obvious to quite a few fans of Gladia Moony but from our point of view it is completely unconscious. It may be that the electronic/vocal/emotion combo which we deliver in our compositions and similarities in cultural growth (of Czechia and Slovakia) are somehow reflected in our musical output.

For such a new project your sound is very mature as if you had been playing together for a long time. Do feel like that? I know some of you were in the band Núku from which Gladia Moony evolved, and all of you have been involved in various other projects. Can you describe the transition from Núku, how and when was Gladia Moony born?

Núku was our first common project (Adam and Alex) and it was about learning how to work together. It’s more experimental and less pop but very playful and free. We understood a lot thank this project. We also understood that we need more members and a better name which suits our vision. We love that album dearly but we didn’t want to continue in that style and needed a fresh new start. Another change is that we switched to the English language. Even though we still play with the idea of using the Slovak language too. We sneaked in some Slovak words here and there in the songs we’re working on right now.

I read that you wrote 15 songs and then selected five for your EP. What’s with the other ones?

These were all sketches of songs which we decided are not inspirational enough for us to continue to work on. We trashed them all. On the other hand, the new material we are working on feels much more fruitful and mature…

Do you think it’s difficult for a Slovak band to find audiences abroad? In the interview with hudba.zoznam.sk, Adam described the relationship between Slovak music scene and the West as a gap, chasm, divide. What is the reason for this, in your opinion? Lacking infrastructure on the Slovak side or the lack of interest from Western audiences?

What can be done to improve the situation? There is both the lack of infrastructure of professional music business agents and the fact that Slovakian culture and scene is not sufficiently raised to support and fund newcoming artists, to enjoy fresh and imperfect talents coming up – I guess it also correlates with the age we are living in. Luckily we have exceptions such as LALA Slovak Export music agency or all the hard work of Pohoda Festival team and activists who are in close cooperation. There is always a way to find audiences abroad and frankly, the conditions in nowadays music industry are similar in every country, only the scale is different. We (the band) naively hope that good and honest work of composition and performance is still the basic key to reach a wider audience. To achieve an improvement in Slovakia… we need to work with international music business agencies and foremostly the artists need to support each other on a global scale despite strong genre variety.