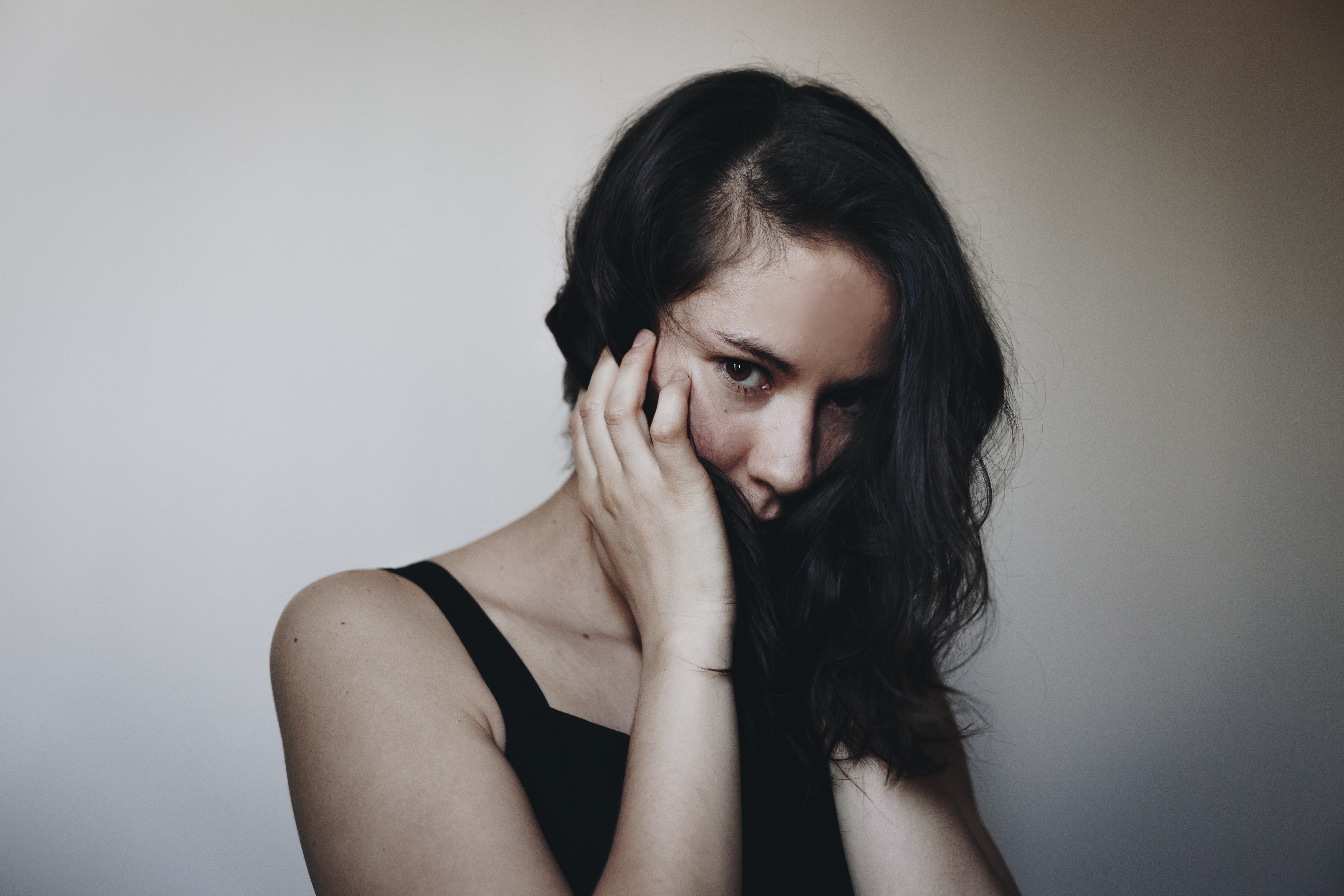 Her music requires concentration. If you cut yourself off from the hectic world that is out there, mute your own noisy thoughts and listen, you’ll be able to appreciate the beauty that lies within the delicate sound texture created by the Prague-based singer, producer composer Awali. Synthesizer sounds, sonic experiments, very often field recordings and her soft voice to form compositions that seem very as if they had a breath of their own – even though they largely originate from machines. Sometimes she sings, sometimes she works with spoken word and sometimes an instrumental piece is complete as it is. For a long time, she saw herself as a composer and not a singer, but eventually gained more confidence in her singing.

What informs her work is classical training on one hand and experimental approach on the other, which brings a nice balance into her songs. Read in the interview bellow what did studying piano teach her, what made her start collecting field recordings, about the value of capturing fleeting moments and how she embraces her Ukrainian heritage on her latest album. Embodied came out in December 2018.

How does your perception of songs differ – instrumental compared to ones that feature vocals?

I think, I can equally well express myself through instrumental music as well as tracks where I have vocals. Sometimes instrumental compositions are more consistent and less tangible, and express something that I cannot quite put into words. Other times it’s because instrumental pieces are already complete in themselves, therefore, vocals are not necessary. I don’t need to force my singing in every track. It might be a little bit eclectic in the end, combining songs, half songs where I recite poems, and instrumental tracks on one LP. However, I feel like this is the true way of working with music for me. I simply embrace it and not trying to push it into a different artificial /for me/ form.

How does performing them live differ?

I rarely perform instrumental pieces live. They are more for an attentive listener. Friends say that listening to my music sometimes is like working hard because you really have to focus to get something out of it and truly enjoy this type of music. All those little details and changes of feelings and moods… I would say that my instrumental music is very delicate and not every venue has the right dispositions for performing it. So I save this part of my live set for some really special occasions and special places. On the contrary, songs are easy to perform even in a club with the bar right next to the venue. I get so focused and consumed by performing that I don’t have time to notice if anyone actually cares and if they are listening… When I am on stage and singing, music flows through me like a river.

Can you say which one do you prefer?

I’d say – performing songs. Even though I like to perform both. But when I’m singing I can lean on sound much stronger. And it is easier for people to perceive and relate to it.

Even on the songs with vocals, it seems to me that your voice is like another instrument. How do you work with vocals and what value do you place on lyrics, in your music or even as a listener?

I use quite a lot of delay and reverb on my vocals when playing live. For a long time, I didn’t see myself as a singer but rather as a musician and composer. After a while, I think I got to some point where I feel more confident with my vocals. That is why for a new album I also tried a new approach, where I use clean vocals just with a little Valhalla shimmer effect, using a natural pallet of tone-colors that my voice can provide. At the same time, I started to add more back vocals, layering vocals in weird and unexpected ways combining it with somewhat quirky and weird experimental electronic sounds.

Both as a listener and an author I think lyrics are very important for the complex perception of the song. I think music, lyrics, mix – if layered well and in harmony with each other can create a lovely evergreen, something that never gets old because you’re going to reveal new deeper levels of the composition every time you listen to it. Good poetry is a very strong and valuable tool. 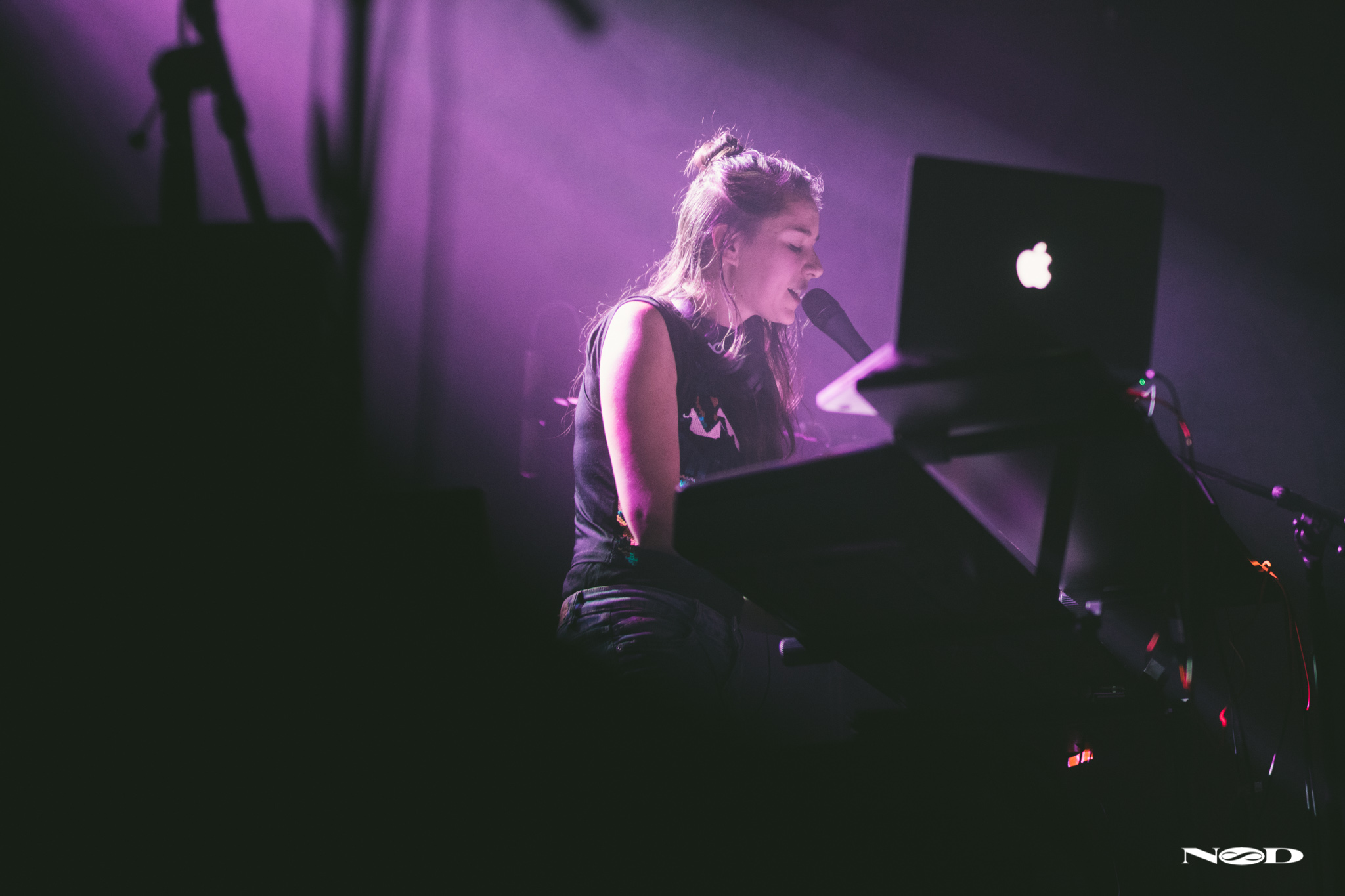 You said at the record release show of Ad Astra that each song is like a Polaroid, capturing a particular moment, a mood… which of course is fleeting. Why is that important to you? Why do you prefer this approach, working with the mood while it’s still raw (if we can describe it like that) rather than endless polishing?

I think I like to get nostalgic sometimes. And because a couple of times I had a near-death experience, it gave me an understanding, that sometimes I just have to go with what I have and not to wait until it’s absolutely and perfectly polished. Also because of some life situations, my voice is changing and before I could sing really high, however after being sick for some time my vocal cords changed and now my range is different. So I polish my compositions as well as I can. And in the end, it reflects me, my life, my personality at that particular period of time, which is valuable to me. Another reason why I use this approach is because the album White Silence (2016) took almost 4 years to put together. Not only it was extremely time-consuming and expensive in the end, but also I felt like the songs weren’t current anymore. They were re-done too many times, and with endless polishing, they lost their soulfulness. The feeling died out. Like if the music was almost rotting because we waited too long to release it and the right energy wasn’t there anymore. It became empty.

What exactly is it that draws you to electronic music?

It’s definitely those endless possibilities of working with sound, bending it, twisting it, tweaking, affecting it in so many different ways. And so many new tools: plug-ins, synthesizers, processors etc. appear on the market all the time! This means that you never get bored with it! And you can be more and more precise, exact and articulate with what you want to express, communicate through the music.

You studied classical piano if I’m not mistaken. How does the classical training inform your work?

It gave me discipline and the feeling that you can start with zero knowledge and skill, and in a couple of years play as a solo pianist accompanied by an orchestra. I’ve learned to listen and feel what the composer wanted to say. On top of that, it gave me freedom in writing music. My teachers never supported improvisation, actually it was frustrating for them, but I could spend hours and hours playing piano, creating my pieces, trying to play something by ear, every song I’ve heard. Another thing that classical training taught me is that when performing live you just have to go on. No matter what happens. You just have to continue playing and do your best. I guess it’s something I’ve incorporated in my daily life too: No matter what, you have to go on, even if your world is crumbling down, keep on and follow your heart’s song.

You work with field recordings. Can you tell me more about that? What kind of sounds do you collect? Do you hear a sound and then decide to record it or do you take a recording device and go to “hunt” for sounds? You said somewhere that you were recording the sea or cars and that it can be sometimes adventurous…

I’m drawn to all kinds of sounds. And it started when I was about 15 and we made a recording one of my favorite songs at that time. It was at my boyfriend’s place on the fourth floor, with an open balcony. And on that recording, we accidentally recorded swifts, their shrieking. Funny fact is that I noticed it probably about five years after. And this little sound in the background made me feel so cozy. This was the first time when I realized that capturing something momentarily is so valuable, at least to me. Since then I also recorded some silence, some noises, cars the sea and people talking, smoking cigarettes, laughing and just breathing. I use these recordings in my tracks and it is kind of a stamp or fragrance that gets you back into that particular moment that you want to keep in your heart.

Project Awali started as a duo, now it´s your solo project. How did that happen and how was the transition? When introducing the song Good Omens you said you thought you won’t write anything again. Why did you think that, if it’s not too personal?

It was after a split up with Martin, who was a part of project Awali until 2016. Even though they were my compositions, I had the feeling that I couldn’t do this on my own: all the sound design, working in DAW and making cool beats. Eventually, we decided to split our paths and each find our own voice in music. It was a painful process. But I’m happy we did this because I can see that each of us actually found their niche and we both continue making music. Another factor was that I had a burn out at work and had some serious health problems. Altogether because of being stressed and overworked I lost all the creativity and was focused just on survival. When I managed to write Good Omens I was so happy, blissful and grateful! Because music for me is essential for survival.

Can you tell me more about your new album, Embodied?

The new album is a bilingual poem compendium combined with photos and in this little brochure, you will find a CD or a QR code for digital download of your copy. It took me a lot of courage to do this coming out and embrace my Russian heritage. I am very cosmopolitan and I don’t feel like I belong somewhere, even though Prague is truly the place where I am the most at home. But somehow this poems in Russian just started to flow through me and I could not resist. So I decided to go with it. I did English translations as well. So the brochure includes a more or less equal amount of text in Russian and in English. I wanted to make it very poetic, ethereal, elusive… and give the listener or reader full experience with the cohesive visuals, music poetry.