Three live performances and two DJ sets will take place in Berlin’s Monarch venue on March 13th as part of Interslavic – a night connecting and promoting musicians of Slavic descent. Behind the event is a duo of Berlin-based singers and producers Dmitrievna and Veronica Maximova, who took on the role of organisers and will be appearing on stage as well. They will be performing alongside the singer-songwriter Katarzia, who has made a name for herself in her native Slovakia and in the Czech Republic at latest with her 2018 album Antigona, on which she critiques the current political climate. German-Ukrainian Chontane will deliver some techno beats and the latest addition to the lineup is Ninja Priest, hailing from Brno.

I exchanged emails with Dmitrievna, discussing not only the upcoming event but in a broader sense the prevailing misconceptions against Eastern Europeans, the tendency to conceal one’s heritage and the realisation that this isn’t the way forward. 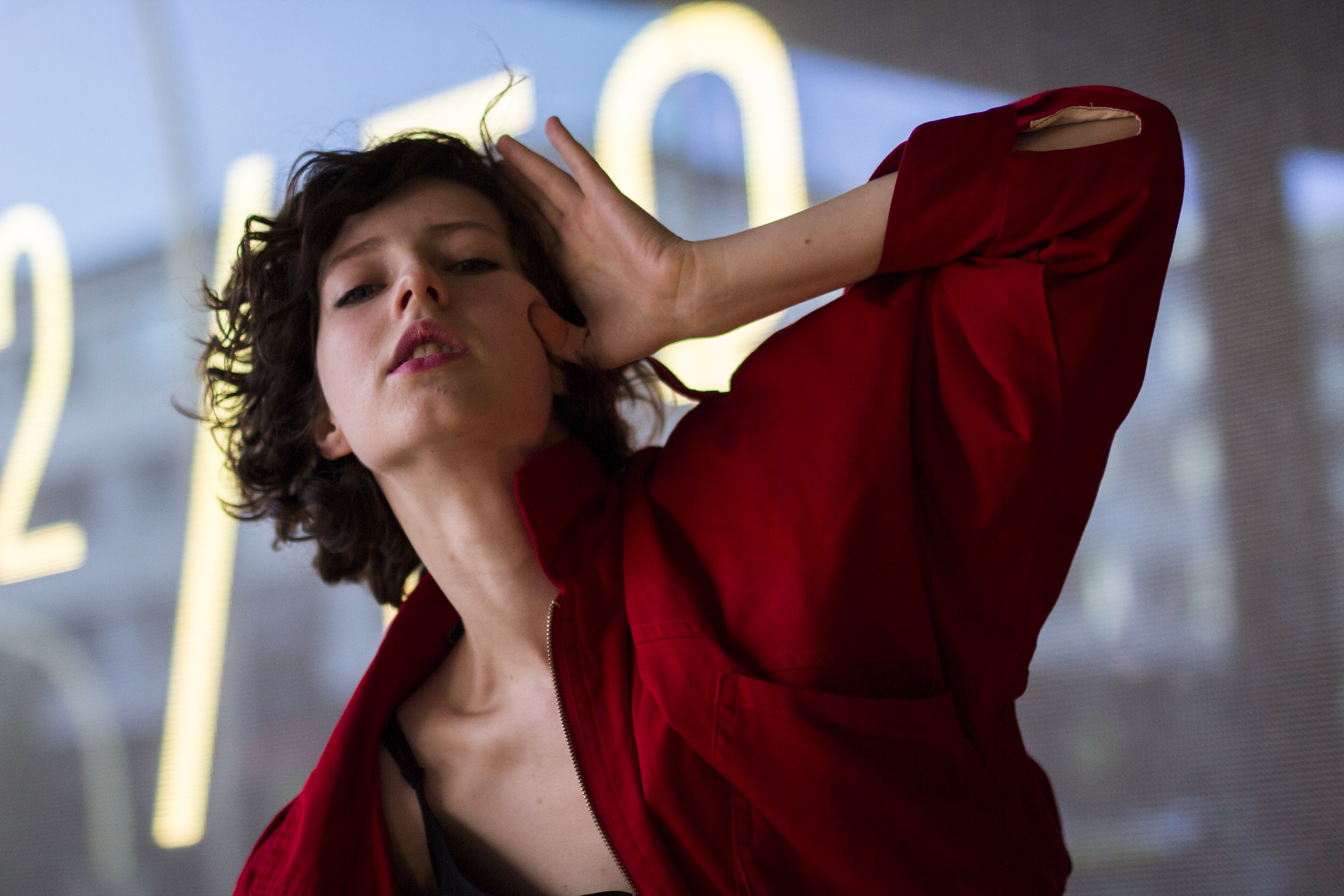 What’s the idea behind Interslavic? How did you come up with it and who is involved?

Interslavic showcases primarily live musicians either born in Eastern Europe or with Eastern roots. I came up with the idea along with Veronica Maximova who is co-organising the event with me.

There has been this slightly negative attitude towards people from Eastern Europe in the West and a lot of misconceptions about Eastern European countries. Have you ever felt that negative connotation as a musician or generally as a person? Would you say that the attitude is changing?

The division of Europe on the West and East originated in the 18th century and was mainly a tool for defining the self-image of Western Europe: in order to appear civilised and developed, an antipode to that had to be created. And that’s how Eastern Europe became the symbol for poor, uneducated and wild. If you want to read more about this, I highly recommend this article. This is the root cause of the issues that we are dealing with today.

I’ve personally never met anyone abroad who would judge my origin (at least openly), but you know I don’t look like a typical Eastern woman and I barely have any accent in English. Plus I have an EU passport which probably helps as well.

You were born in the Czech Republic to Ukrainian parents, is that right? How was your own personal process of embracing your heritage?

It’s a bit complicated. My mother is Ukrainian, but my father is a so-called “Volyn Czech” – his family has migrated from the Czech area in the 19th century and I am the first one to be born back. So I’d say I’m half Czech half Ukrainian.

I could feel the pressure while growing up in the Czech Republic. My classmates were always dreaming of going to the UK or the US and never appreciated or honoured their own culture that much. This has left me feeling like my roots are not worthy and I should abandon them. When I’ve moved to Berlin, I’ve tried to fake a British accent so that no one could tell where I’m from. I’ve succeeded, but there was a turning point in which I’ve realised this is just wrong and I should stop running away from my heritage and accept it as something that makes me rather unique.

Do you think it is important for Slavic people to embrace their heritage and present it as something interesting and attractive? Is that something you’re trying to do with Interslavic?

Because this issue has plagued me during most of my childhood and young adulthood, I feel the urge to do something about it. I’m not completely sure whether all Eastern Europeans feel this way or if they see it as something important. But I’ve decided to at least contribute to some improvement by creating this event. Interslavic has two aims – firstly to increase the confidence of Eastern artists by establishing personal bonds, and secondly to present Eastern culture to a Western audience in order to break the false perceptions. Although the event has the word “Slavic” in it, in my mind I also include people from the Balkans and former USSR countries since we have a similar upbringing. Just to clarify: I am against any sort of nationalism or ethnic superiority, I am doing this purely to break cultural barriers.

Let’s go back to the event itself. How did you select the lineup for the first edition?

I just thought of Eastern artists who either live in Berlin or nearby that we could present. I’ve got to know Katarzia personally very briefly earlier and since she is such a big name in the Czech Republic and Slovakia, I was surprised and stoked she has accepted the invitation! Chontane was a great recommendation from DJ Lag who is an established Serbian techno DJ. Ninja Priest is a special last-minute addition since he is an important part of the Czech electronic scene.

Do you have plans for the second one? Are you planning to expand to other cities in the future?

This is the very first time I am organising a music event, so I will think of future steps after evaluating the first edition.