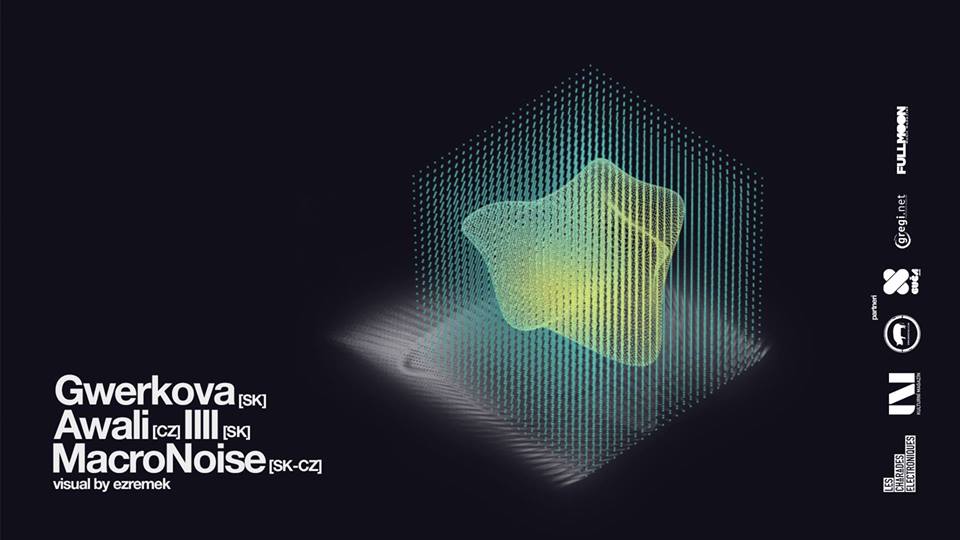 A young man in a traditional folk costume moves through a nature landscape, ripping a plant with roots from the ground at one point. The short film by Patrícia Gyenesová is a music video to the track Domovina (Homeland) by the Slovak producer MacroNoise. He’s currently based in Prague but on his latest release returns to his roots which lie in the region of Central Slovakia. “It started as an instrumental truck but one day I watched the old Slovak film from the year 1960 called Interrupted Song (Prerusena pieseň),” Tomáš Šebesta aka MacroNoise explains. “There’s a scene where children sing the song Homeland at school and it was immediately clear to me that I can use this in the track, that the rhythmical structure corresponds. I even stopped the film and downloaded the sample straight away. I had to change the key of the vocals and the instruments but the rhythm fitted perfectly.”

MacroNoise invited the singer and producer Awali and the producer Illl (who is also a member of the band Gwerkova) to provide remixes. One thing followed another and all three solo projects involved – MacroNoise, Awali and Illl – as well as Gwerkova, who are returning to the stage after a period of silence, are embarking on a tour of their homelands in April and May. “It started with the video, I was thinking to make a small concert with a screening in the Central Slovakia. At about the same time I was considering to invite someone to remix the track. The idea evolved further, I thought Illl and Gwerkova could perform at the screening in Slovakia and Awali at the one in Prague. It was the guys behind the festival Guča umenia who suggested bringing Awali to Slovakia and Gwerkova to Prague.” The whole thing eventually expanded into a short tour spanning five cities – next to Banská Bystrica and Prague there are dates in Brno, Bratislava and one more city which hasn’t been announced yet. “It was a step by step process though,” Tomáš continues, “the team around Guča festival helped me a lot. I wouldn’t be organizing all that just by myself.”

The lineup might seem ecclectic at the very first glance but it makes a lot of sense on the second – just like the music of all four of them takes a second listen (or more) to fully sink in. “I think what connects us is that we make music you’ll have to listen to more than once to appreciate it. It’s not the type of music you’d have playing in the background while you do something else, you need to focus on it. Also the mood is quite similar, I’d say we all make melancholic music.”

You can also read the interviews with Awali and Gwerkova.