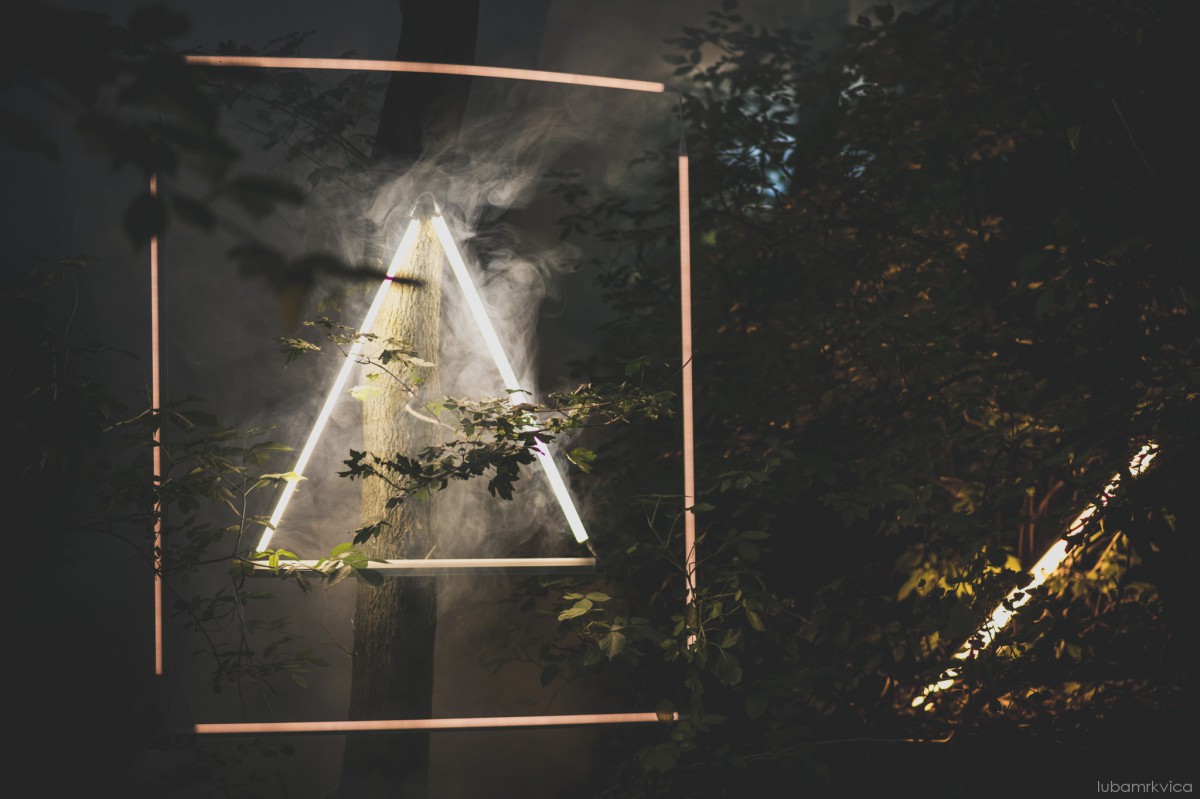 Beseda u bigbítu is a small festival in the southeast corner of the Czech Republic, or the Moravian region to be more precise. Vineyards cover the hillocks of this picturesque region where time seems to pace slower than in the rest of the world. At the start of August, as the initial summertime euphoria spills into the melancholy of its second half, music fans from the region and beyond convene under the poplar trees just outside the town of Tasov. This year marked the 26th edition of the festival.

Beseda u bigbítu is a Czech festival, for several reasons. A string of domestic names traditionally form the lineup, accompanied by acts from neighbouring Slovakia and Poland, while international guests usually take the headline spots. Zola Jesus, who was the main star of this year’s edition, praised this approach when addressing audience on stage (she also praised the local alcohol produce and local cuisine).

The aim of the festival is to create a platform for mutual exchange within a certain sphere rather than to bring in big names and attract large crowds. Which is an approach that clearly appeals to Czech festivalgoers. Beseda was sold out this year, for the first time there we no tickets available on the spot. By its very nature, the festival has no ambitions to attract people from abroad (except for the neigbouring countries).

All of this is somehow embedded in the festival name. “A talk by the beat music” might be on one hand relatively accurate but on the other, the Czech expressions “beseda” and “bigbít” carry a weigth of cultural references which get lost in translation. If we leave those aside, I suppose that the core idea of an extentended circle of friends gathering to chat and listen to some good music is universally comprehensible.

Kalle and Sýček differ in sound but share the ability to lure listener into a world of their own.

Festival started on a personal note with the performance of Fox Territory, intrumental post-rock fused with whatever they happed to be inspired by at the moment. A festivalgoer later came to David, who is the guitar player and a friend of mine from highschool times, and praised his style as reminiscent of early Mastodon or The Mars Volta. The guys have meanwhile left the territory of foxes and continue their journey as Obligod.

A wave of nostalgia swept through the audience when Jan P. Muchow and his band The Antagonists performed his songs – known to the masses because of the films they appeared in. Many of them are dark comedies from the turn of the millenia which gained a cult status shortly after their release (The Loners or One Hand Can’t Clap, both directed by David Ondříček). Muchow sported his rockstar attitude with shades and guitar hanging low and handed the singing duties over to Václav Havelka of the band Please the Trees, but the result wasn’t convincing for me. Havelka’s performance was outshined by that of Ema Brabcová, known as the singer of Khoiba (recently revived after a nearly decade long silence) and LUNO.

As the evening advanced I chose to immerse myself in the soft sonic haze provided by the duo Kalle, hailing from the Czech city of Tábor. Tucked in the small grove, the second stage proved to be the perfect setting for their intimate show. It’s only two people and several instruments, but they beam energy all way to the stars that shine bright above us. The universe seemed to be in peace for that moment and ever since, their latest album Saffron Hills resonates with me much stronger than before. The opening Stones are suddenly so heavy… in a beautiful way.

What is Ventolin: Asthma medication, a university teacher or a discjockey who’s a bit bonkers? Whichever you option you went for, you were right. Ventolin is a red haired oddball who teaches by day and by night produces funky disco tunes (for all the girls and the boys and the old men and anyone interested, as he explains in the track Disco Science). He’s like the uncle behaving awkwardly at every family gathering that everyone is secretly ashamed of, except for he’s actually good what he does. He plays the fool, poses as the post-act for the post-hipster crowd, while at the same time linking back to the pre-internet era – the time when you had to go through several rounds of approval before you could release anything.

The track Sovy (Owls) was one of the highlights of the set for me. Meanwhile on the third stage the little owl howled her weepy guitar into the darkness of the night. Sýček is not only an endengered species of owl, but also a band from České Budějovice. I only caught a glimpse of their krautrock infused psychedelia but even so it was an outstanding ending of a busy festival day (and I hope to see them play again soon).

Ventolin and Johuš Matuš push the boundaries of awkwardness with their tracks and funky videos.

The second day passed much more slowly. The young Czech indie outfit Cold Cold Nights and the experienced Slovak five-piece Elections in the Deaftown provided a soundtrack to the pleasant summer laziness. Johuš Matuš and her playful duet for one person and one laptop was an accidental discovery of the day to me. I was waiting on something proved and tested, though. At some point I couldn’t find anything to distract me and the evening began to drag, but I knew well that my patience will be rewarded.

As the band marched onstage a forgotten piece of advice that popped into my mind: As a young gymnast I was always told not to bend down and to walk with confidence on the way to perform my competition routine. It was refreshing to see someone enter the stage with verve and a healthy dose of impertinence, it was refreshing to see someone taking their music seriously. In the Czech Republic, music is an occupation for a selected few, and they usually don’t operate in the realm of alternative/independent music. Playing in a band is generally considered a hobby, something you do next to your “proper” job.

Or so it used to be. There are young talented musicians in the country who seem determined to shatter this conception and the alternative outfit Ghost of You has definitely been on the forefront of this wave since their debut in 2015. Late into its second and final day, these four ambicious lads from Brno delivered the most convincing set of the festival. Not only they have their goals set but they have the guts to follow them – and their energetic show proves they have both talent and dedication. Two albums in, the band has developed a sound that is their own, merging the classic guitar-base-drum-vocal with a significant portion of electronics. I knew their music well prior to the festival, but their performance ingited a level of obsession that hasn’t left me yet.